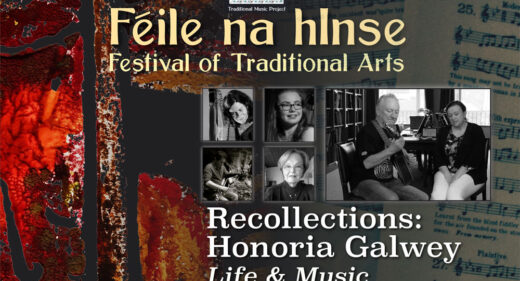 Inishowen Traditional Music project will host a special screening of 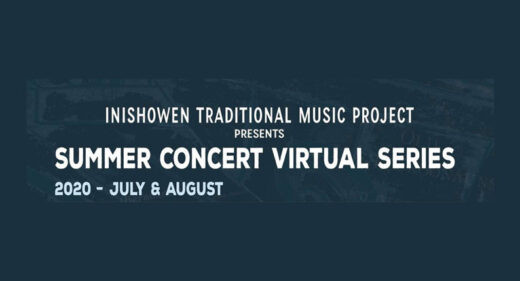 ITMP are excited to be bringing our third annual Summer Concert Series online for 2020.
Events include showings of concerts and performances from 2018 and 2019.
There will also be a number of new performances by local musicians in August schedule.
The full line up for July is listed here and you can watch by tuning into our Facebook page where the events are hosted as a Watch Party.
We look forward to you joining us and we look forward to bringing you our live events as soon as it is safe to do so.
Thank you for your continued support.
Read More› 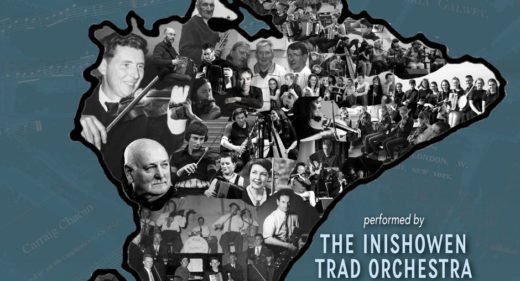 A celebration of the traditional music of Inishowen

Performed by the Inishowen Trad Orchestra and choir

2020 is the twenty first anniversary of Inishowen Traditional Music Project (ITMP) and to commemorate and celebrate this momentous achievement, ITMP has embarked on its most ambitious project to date.

It has assembled a group of over 100 musicians and singers to form the Inishowen Trad Orchestra and choir, and engaged renowned musician and composer Martin Tourish to select and arrange an hour piece of music and song which traces the story of Inishowen’s rich musical tradition from 1100AD to the present day. 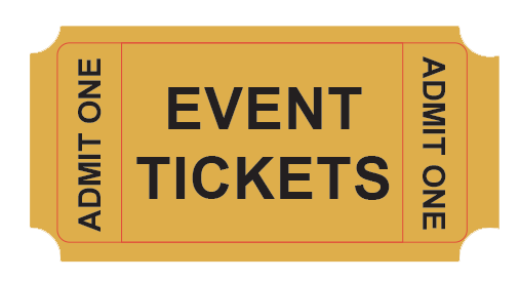 Tickets for Patsy Toland & guests in Christchurch Buncrana on 31st July are available on Eventbrite or at Mac’s Newsagents Buncrana.

Tickets for Edel Mc Laughlin & guests on the 7th August in Moville Presbyterian Church are available on Eventbrite or at Farren’s Newsagents Moville. 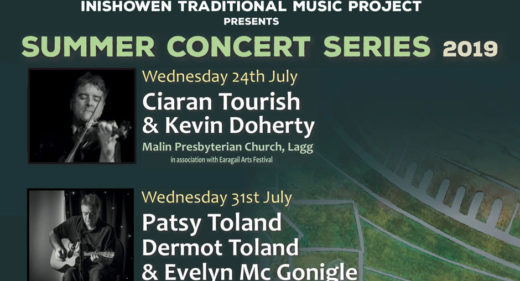 The Inishowen Traditional Music Project (ITMP) are proud to host the second summer series of traditional music concerts following the great success and popularity of last year. The concerts will feature Inishowen musicians who have made a huge contribution to the rich legacy of music in Inishowen both locally and internationally and will be staged in some of the most iconic venues throughout the peninsula. On these long summer evenings in July and August, nestled within this landscape of beauty and wonder, music of the highest calibre will enthral and inspire music lovers as together we celebrate the cultural significance of the Inishowen Peninsula.

ITMP is delighted once more, to host our first concert featuring Ciaran Tourish & Kevin Doherty in association with the Earagail Arts Festival.

For more information on the artists and ticket availability click here.

The workshops will cater for musicians from intermediate to advanced levels.

Booking is essential as class numbers are limited.
Click here to view programme 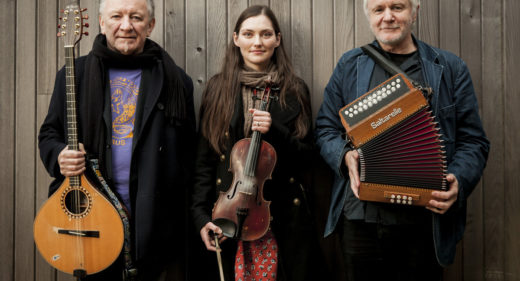 Described by critics as a “trad music supergroup”, ZoDoMo is the latest highly acclaimed traditional Irish group to step into the limelight. The trio features three of Ireland’s eminent musicians, Zoë Conway, one of the country’s most gifted virtuoso musicians who is equally at home in both traditional Irish and classical styles. Dónal Lunny, popularly regarded as having been central to the renaissance of Irish music over the last three decades and Máirtín O’Connor, a master musician whose dexterity and innovation has won him worldwide acclaim.

“(ZoDoMo) achieves the near impossible: capturing the energy of a live performance in studio, fuelled by a heady (and deliciously unpredictable) mix of traditional and spikily original tunes, along with a smattering of covers. The title tells it like it is: In Full Sail – Faoi Lán Seol is a magical snapshot of three musicians flying fast and high on the momentum they have conjured with apparent effortless ease.” Irish Times 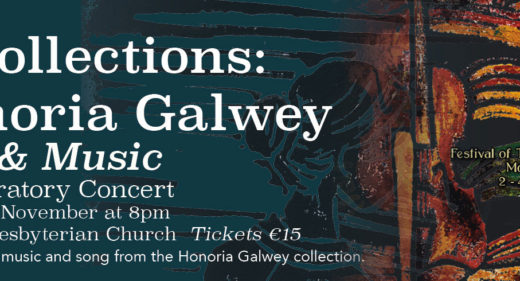 Tickets €15 (tickets must be bought in advance)

An evening of music and song from the Honoria collection. Recollectons- Honoria Galwey-Life and Music is a special concert performance developed by ITMP featuring local singers and ensemble groups who have been exploring her collection, ‘Old Irish Croonauns and Other Tunes’. The music, an integral part of the repertoire of the Inishowen area will be recreated for the opening concert.

The concert will also feature from a special performance by Riddell Fiddles a group from the Scottish Borders led by Sheila Sapkota who is direct descendant of Honoria Galwey.